The last national signature event of 2004 was Circle of Cultures, commemorating the Lewis & Clark Expedition’s pleasant 1804-1805 winter spent among the Mandans and Hidatsas.

The event, held in October 2004, in partnership between the Mandan-Hidatsa-Arikara Nation and the Lewis & Clark Fort Mandan Foundation, was based at the College of Mary campus in Bismarck, North Dakota.

The Art of Karl Bodmer: Rare exhibition of Bodmer’s paintings of American Indians.

Earth Lodge Village: Reconstructed village of four full-sized, authentic earth lodges on a bluff overlooking the Missouri River. At the conclusion of activities, the lodges are dismantled and reassembled in the Tribal communities of Mandan, White Shield, Twin Buttes and Mandaree. 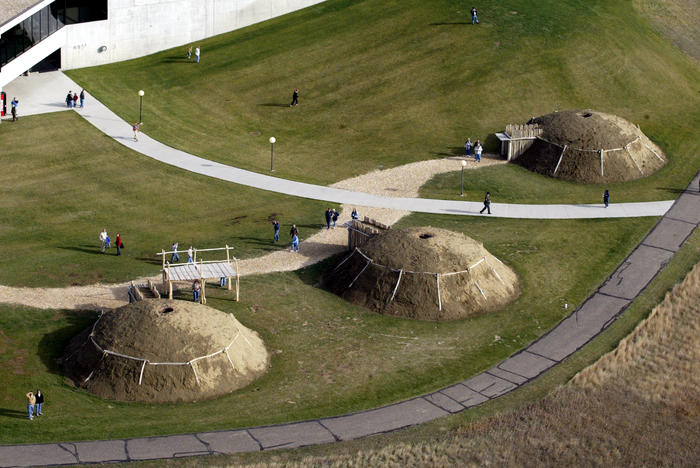